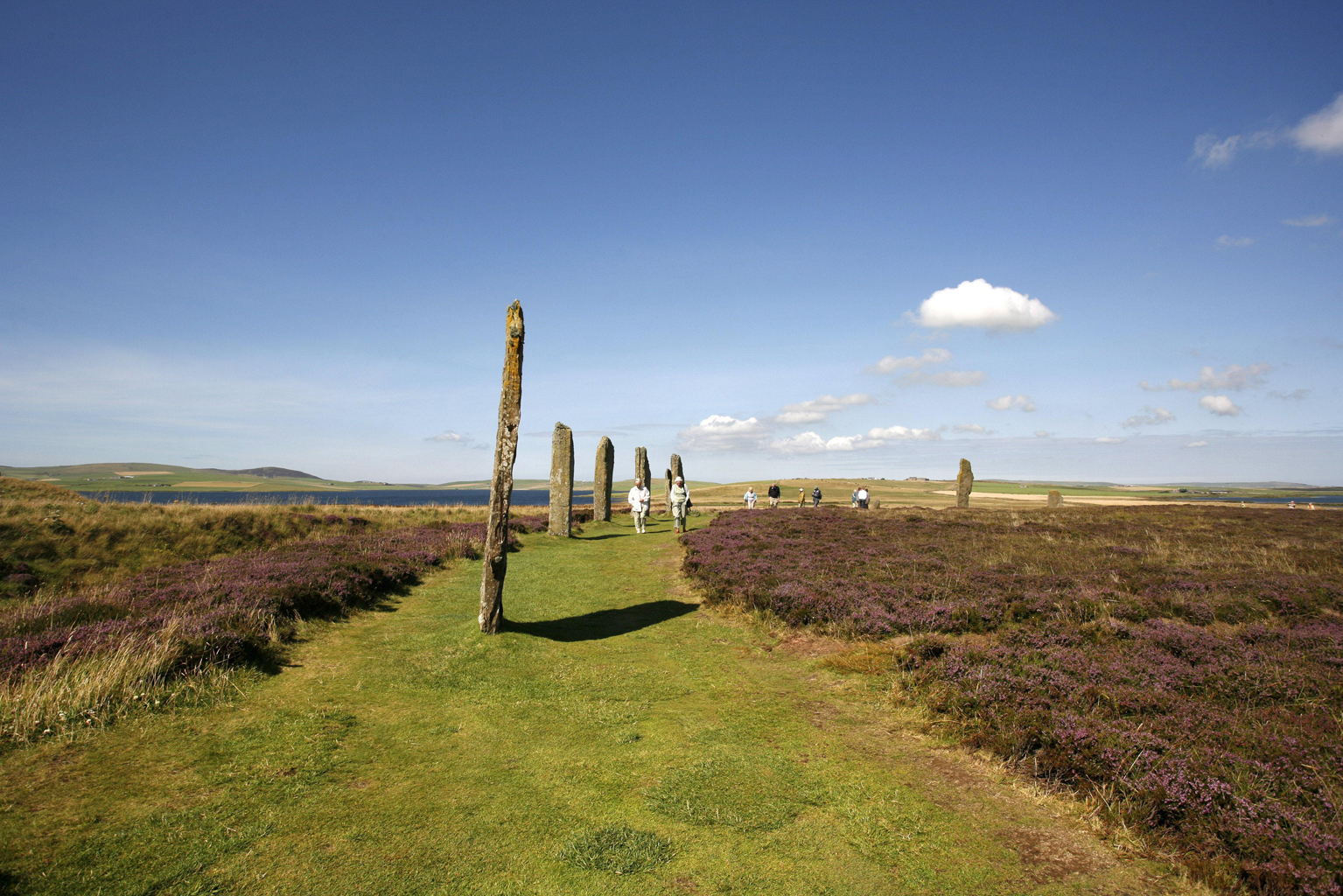 What better way can there be to discover the Irish and Scottish coast than by sea with your hotel doing the travelling, particularly when you are asleep? So we headed for Dover to join board the Fred. Olsen ship Braemar for a packed and varied cruise taking in such varied destinations as the cities of Dublin and Belfast and the rugged beauty of Scotland’s Western Isles and the Orkneys.

It is hard to imagine an easier holiday. All you have to do is turn up at the embarkation port, hand over your luggage and settle into your cabin before, like me, heading straight to the first opportunity to start eating! The other advantage of cruising from a UK port is not only having no flights to contend with, no worries about airport security controls, passport control queues when arrive at your destination – and luggage to lug from one hotel to another.

Add to that optional shore excursions timed to make sure you never have to miss a meal on the ship making this also one of the most incredibly good value ways to holiday. Our cruise also included different types of live entertainment every night (comedians, singers, the ever-popular cruise shows) along with day time concerts, talks and activities.

True these cruises attract a more mature clientele, such as retired couples, but our cruise also included a number of younger family groups along with single travellers, appreciative of the easy going atmosphere on the ship and chances to meet people.

The first full day and night at sea gave everyone the chance to get to know the ship, relax into their holiday, indulge in the first of many lunches, delicious dinners not to mention all too tempting afternoon tea sandwiches and cakes just in case there was any chance of hunger occurring. We managed to resist temptation the late night suppers and even so headed for the gym to try to burn off some of those calories. Every evening dinner is at small allocated tables with meals split into two sittings. Similarly, there are two performances of the evening shows and for those with stamina there is dancing into the night and even the chance to have a flutter at gaming tables. Rather we took to our cosy cabin to read the schedule of activities for the next day and read up for the tour’s we had chosen.

The cruise similarly ended with a full day at sea as we headed from our last port of call, Invergordon on the Moray Firth, back to Dover dreading the bathroom scales and having to return to carrying our own suitcase and start cooking our meals again having been shockingly pampered. Nothing can compare to arriving at coastal cities than by ship and it is, of course, the only way to experience smaller ports and harbours. I have visited Dublin, for example, many times but never sailed into the city up the Liffey, docking at the end of the tram line making it wonderfully easy to get around the sights. An overnight stay meant we could also have an early dinner and head to Temple Bar and join the throngs of revellers enjoying the craic and then a stroll back across the famous Halfpenny Bridge and onto the tram back to the ship with another day in the city ahead of us.

Belfast was a briefer stay but long enough for what proved an amazingly popular coach tour to the Giants Causeway. Again, being a Belfast boy, I opted to visit the fabulous Titanic Belfast Museum on an organised excursion that also included a whistle-stop coach tour of the city. Like Dublin, you can easily just do your own thing as you are docked so close to the heart of the city, but chatting to fellow travellers the ease of such organised activities appealed to many.  At other destinations you would probably be hard pressed to really get around without paying for one of the tours. At Kirkwall in the Orkneys you can spend the day visiting St Magnus Cathedral and wandering around the small town but an organised tour is the only realistic way of getting to places such as the fascinating Neolithic settlement of Skara Brae and exquisite stone circles particularly the atmospheric Ring of Brodgar, the historic Scapa Flow and the majestic landscapes. Similarly, at Invergordon which is the stopping of point for Inverness and Loch Ness, that legendary stretch of water that combines natural beauty with Nessie tackiness.

The Braes of Ullapool in the Highlands of Scotland

But there is no doubt for many cruise aficionados it is life on the ship that is as important as those destinations, whether that is the opportunity to dress up for one of the formal nights such as the Captain’s cocktail party and black tie dinner, or those activities from bingo and bridge, deck games to pampering yourself in the health and beauty salon. Everyone’s favourite seemed to be the night the ship’s crew performed songs and dances from their own parts of the world followed by sing-alongs favourites.

For me, however, it is the smaller, unexpected memories that make cruising special whether that was the young pipers who played us out to sea from Invergordon or the shrieks of glee from our waitress during afternoon tea in the Observatory Lounge when she spotted a school of dolphins leaping in front of our ship as we sailed the Irish Sea.