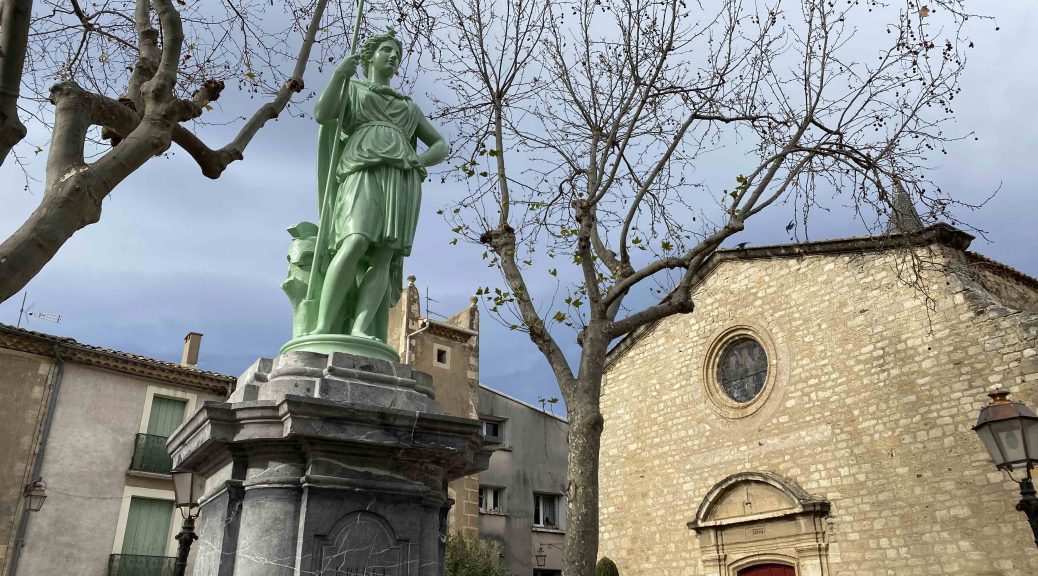 For someone who has always wanted to plan ahead, I must admit that the Covid era, and the lack of knowing what’s on the horizon, is something that suits me. I am writing this in the South West of France, a small village called Nizas, to be absolutely correct. My journey from Cardiff to here over the last nine months has transformed my life yet has become completely organic with no plan. It has turned into a real ‘C’est la vie’ situation, without me being fully aware of how I got to where I am today.

The Welsh Government had announced that a stringent and national ‘restraint’ would take effect at 6pm that day. I decided when I heard the news a few days earlier that I had no choice but to leave Wales. I didn’t want to winter alone in Cardiff seeing anyone, not being able to leave the flat and I’m not one for cooking either. No way.

Three hours before the border between England and Wales closed the red Jaguar XJS and I escaped on the M4 towards Folkestone and France.

After an evening with friends near Reading on Saturday 24 October I set off on the Eurotunnel to Calais. A few minutes later the long nose of the majestic car surveys the French skies. I’ve reached the continent and there’s no gendarme following me asking to return to Wales. I have to remind you that I drive a car that is almost 30 years old. A car to drive on a Sunday around the Vale, not a car I had thought would carry me safely to new life on the other side of France. I’ve used the car every day for the last 9 months. Thanks to her.

Paris for her to meet old friends before getting up early for a long journey to a hotel in Roujan, a small wine country village north of Beziers. On Sunday October 25 safely arrive at the hotel. Must explain why this hotel here. Well, a hotel I had visited once before is Cinq & Sept. The hotel had sent out a message on Facebook offering a room for a month at a time at a very reasonable price. A place to live and work for those looking to escape any winter lockdowns and spend time under the Languedoc sun. It looked like they had put the package together especially for me. In the end I was the only person to take advantage of the hugely successful marketing plan. I’m from Wales and nobody else anywhere in the world!

I had escaped Covid in Wales… but for France to move straight to a much worse lockdown than the one in Wales. No more than 1 kilometer travel and curfew at 7pm. Oops, but at least the sun was shining at the end of October and I was in the swimming pool but there was no cafe society on the horizon.

When I arrived I spoke to the hotel owners about the Brexit situation. Unbeknownst to me but anyone in the country before 31 December 2020 could apply for a French Residency with the all-important carte de sejour needed for almost everything here in France. Without the card he would not be able to visit or live in France or the whole of Europe for more than 180 days every six months.

It must also be explained that I started a new career before I moved to France. After nearly thirty years as a PR person with an agency in Cardiff I want to try something new … working as an independent property agent here on the continent. So being able to work here without any restrictions is really important.

Sometimes here I am 9 months later waiting for the interview that will be crucial to our future here in Europe. Fingers crossed it won’t be too long because originally I wanted to wait three months but that wasn’t the idea of ​​the universe.

I’ve been adopted by people in the community who are amazing and have made friends for life. I had to move out of the hotel when summer came because people wanted to pay real prices for the rooms. So we had to find a new place. Thankfully one of my friends from the hotel bought a house in a nearby village called Nizas. There is no bus or restaurant and shop that opens for three hours a day. A small primitive place but for the first time since leaving Wales this is my home.

Where next? Who knows!