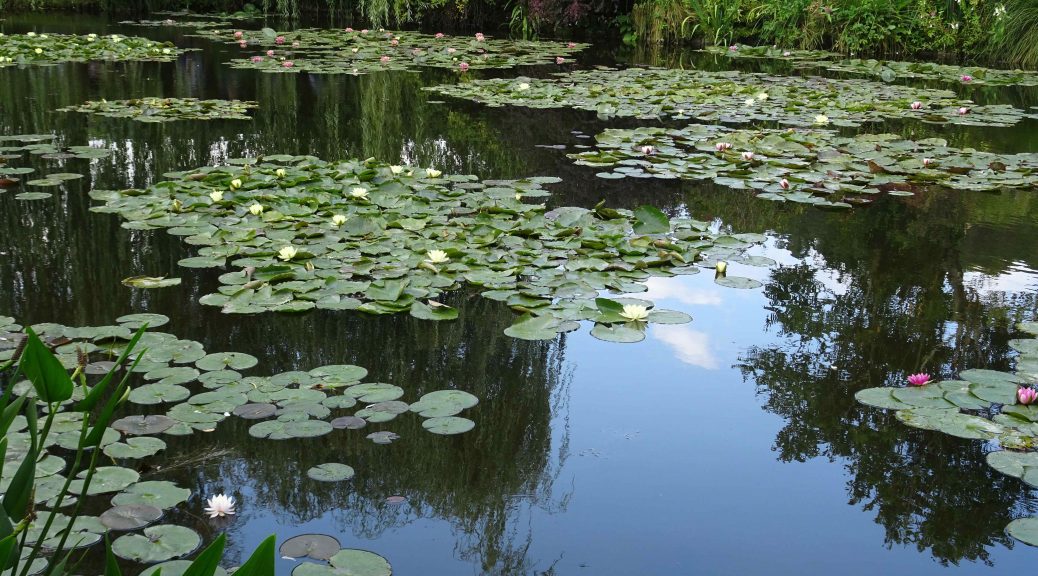 My partner Robin and I have different priorities for cruising – his involve visiting the gym, mine involve avoiding it. I judge the quality of the Afternoon Tea and views from the sofa; he the gym equipment and burning rather than consuming calories while watching exquisite sea and landscapes pass by.

In fact, it was on Fred Olsen’s medium-sized ship the Boudicca that about eight years ago, we went on a cruise on the very same ship and he visited the gym. Well, he can take up the story: “That was almost my first time in a gym. In the Boudicca the gym is on the highest deck and I remember cruising down the Oslo fjord on a running machine watching the incredible view unfold – this is the gym with possibly the best view in the world. “On this glorious Seine Cruise, feeling in need of a bit of pampering to aid recovery after revisiting the gym, I went to the spa for a massage. I was so impressed by the care that the masseuse took to ensure that the massage would be right for me; Thai or Swedish, relaxing or vigorous. I opted for a sports-style Swedish massage somewhat on the hard side to deal with those niggly muscle knots; not even Gordian himself would be left with a knot after that massage. A hot bath and a large gin later I felt as perfect as is possible; relaxed, tired and invigorated all at the same time.”

In contrast, I opted to just check out the ship’s library, chat to fellow passengers and read up on the excursions I had selected. On a short cruise there are no full days at sea which can be a bore for those who come for the sight-seeing rather than cruising itself, while others love nothing more than a day or two of chilling, feasting and generally exploring life on ship. Departing from Dover, our first stop was Honfleur, a small and charming little French port with medieval streets and churches and a very quirky and fun homage to the composer Erik Satie in the house where he was born. It has a surrealist Dada feel. Lots of surrealist trade-marks – umbrellas and bicycles, impossible musical instruments that play themselves and a mini-roundabout. It doesn’t tell you much about the man, but you are immersed in his music and left with a desire to get to know him better.

We opted for a trip to Giverny, the home and more importantly garden of Claude Monet. The garden is in two parts. The part near the house is a series of long parallel beds with often almost no path between them with nasturtiums trailing across until there is almost nowhere to walk at all. The variety of plants is exceptional and the colour clever with some beds a kaleidoscope of orange and yellow merging into more muted purples and whites and some just white or certainly more restrained planting. Threaded through are ancient cordoned apples that would have been there in Monet’s day and at a height that he would have picked one to take with him down to the more famous water garden. The water garden with the perfectly tended waterlilies and the bridge that we know so well from Monet’s paintings is a complete contrast. I was interested to compare the lilies in the paintings with the reality – and if you squint a bit to make it a little blurry, there is not a lot of difference – the paintings are a little bluer and more muted – but definitely you are in the right place.

The house is a joy. There is a mass of Japanese prints and you can see that these have excerted a subtle influence on Monet’s style. But this is also a traditional French period farmhouse with brass beds and lace curtains and then it has a quirkiness overlaid – the dining room is totally painted bright yellow and other rooms every inch is blue-green – not traditional French farmhouse colour at all – a painter’s eye for colour has been here. There is, of course, the Studio with huge windows and a subdued light.

Then on to Rouen. Rouen has suffered badly in the war and parts by the river are modern but climb the hill and you are back in half-timbered alleys with cobbles. Only here the timbers are a red-brown that sets them quite apart from English half-timber – you are definitely in Normandy. The cathedral is breathtaking with ancient stained glass dominated by a deep blue and then tombs of the Norman Dukes with a bit of Richard the Lionheart thrown in – and a chapel to the person for whom Rouen is most famous, Joan of Arc. In the evening, there is a projected son et lumiere on the front of the cathedral. With snakes writhing out of the windows and down the stonework and Vikings marauding up the Gothic tracery, it uses the cathedral architecture as part of the show rather than just treating it as a blank screen. It was fascinating to see the two different interpretations of the how the cathedral would have looked painted in its original colours. We opted for a Joan of Arc tour that included a panorama of Rouen at the time of Joan of Arc. This panorama is so large that it has a three-storey tower in the middle so you can climb to see it from different levels and each level reveals new and intricate details of medieval Rouen. Woven through is the last day of Joan of Arc as she is led out to be burned at the stake. You can even see a representation of her ashes being scattered into the river so that no remains could be kept as holy relics.

The trip ended with a leisurely day sailing back down the Seine through its perfect Normandy countryside with thatched cottages and small French waterside villages. The thatched cottages have irises planted along the apex of the roof, not in memory of that other impressionist painter, but prosaically to hold the thatch together. Cows as the first step towards those ripe Normandy cheeses and apple orchards with the first step to Normandy cider and Calvados. We saved up treats for that day including checking out the Oriental Room decorated in a Chinese wallpaper and oriental furniture as a perfect spot to enjoy a connoisseur tea and proper afternoon tea up in the Observatory with splendid views and immaculate white-glove service. Every evening was a culinary adventure thanks to the remarkable chefs and waiters and I was amazed to discover just how almost every dietary requirement is catered for and meticulously observed. Another new addition is poolside dining and it makes a pleasant change to be dining quietly al fresco under the stars; definitely a more romantic and intimate place for dinner on a special night before morning brings you back to your starting port.

A similar cruise with Fred. Olsen Cruise Lines will be a ‘French River Cruising in Five Nights’ departure from Dover, on board Boudicca (D1919).

Ports of call include: cruising the Seine River; calling at Rouen for a two-night stay, before arriving in Honfleur and returning to Dover arriving on 28th August 2019.

Prices currently start from £699 per person, based on an interior twin-bedded room, subject to availability, and includes all food and entertainment on board, and port taxes.

Further details on this cruise can be found on this link: https://www.fredolsencruises.com/cruise/french-river-cruising-in-five-nights-d1919